More and more users now are carrying with iPad or iPhone for business or education purpose.
Not only easy carry to travel around but also cloud storage convenience and mobility, both devices now have been widely applied for presentation, conference and meeting.
Especially, with Apple's accessory of VGA or HDMI connector, people are getting much easier to perform the presentation by iPad or iPhone 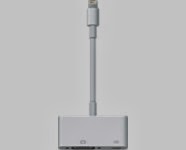 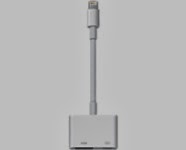 
Unless people who must have both iPhone and iPad, then can remotely control the scrolling during the presentation.
For users who owned only either iPhone or iPad only, it is really a hard situation since have to stand out of audience and next to the projector of TV in order to control the scrolling on their iPad and iPhone directly.

Presentation is a kind of performance.


The most important key will be the interaction between Speaker and Audience.

To solve this problem and help all speakers to enhance the presentation effect, Raytac Corporation has developed an App which may work with our BLE (BT4.0) presenter.

By the new designed App, people can easily export PPT /Keynote/PDF file by email.or iTunes.
With simple click the App, you then can stand out of the TV or projector, sitting with audience and enjoy a successful presentation with brilliant interaction between. 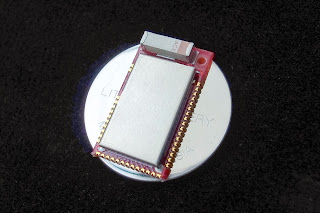 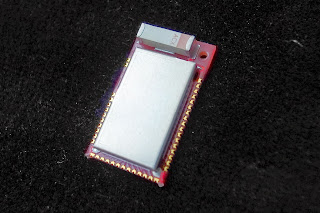 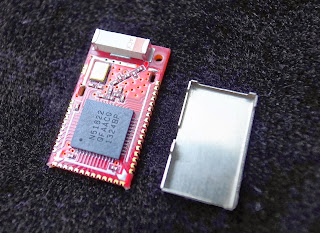 "iBeacon" , the reason why Apple is going to dump on NFC and embrace the internet of things

Using Bluetooth Low Energy(BLE), iBeacon opens up a new whole dimension by creating a beacon around regions so your app can be alerted when users enter them. Beacons are a small wireless sensors placed inside any physical space that transmit data to your iPhone using Bluetooth Low Energy (also known as Bluetooth 4.0 and Bluetooth Smart).
For example, imagine you walk into a mall with an iPhone 5s (comes with iOS 7 and iBeacon). You are approaching a Macy’s store, which means your iPhone is entering into Macy’s iBeacon region. Essentially iBeacon can transmit customized coupons or even walking directions to the aisle where a particular item is located. It can prompt a customer with special promotions or a personalized messages and recommendations based on their current location or past history with the company. Smartphones that are in an iBeacon zone will benefit from personalized microlocation-based notification and actions.

In the age of context, iBeacon can provide the information you needed when it is needed. Just like NFC, iBeacons even allow you to pay the bill using your smart phone. The best part? iBeacon can run for up to two years on a single coin battery and it comes with accelerometer, flash memory, a powerful ARM processor and Bluetooth connectivity. Also, you can add more sensors to iBeacon to provide better context.

iBeacon could be a NFC killer because of its range. NFC tags are pretty cheap compared to NFC chips, but NFC tags are required on each product because NFC works only in very close proximity. In theory, NFC range is up to 20cm (7.87 inches), but the actual optimal range is less than 4cm (1.57 inches). Also, mobile devices need to contain a NFC chip that can handle any NFC communications. On the other hand, iBeacons are a little expensive compared to NFC chips, but iBeacons range is up to 50 meters. Not all phones have NFC chips, but almost all have Bluetooth capability.

Google’s focus is on NFC; it just added BLE support to Android

Google has been heavily focused on NFC from the beginning and it didn't add platform support for BLE until the release of version 4.3. Lot of the apps that rely on BLE couldn’t release the apps for Android phones. Some Android OEM vendors recognized the need and rolled out their own implementations. Google finally listened to the demand and made it part of Android 4.3. But Google has continued to push on NFC and rolled out the NFC-based Android Beam in Android 4.0.

Apple has avoided NFC, and all the rumors about NFC getting added to iPhone 4 and iPhone 5 are turned out to be false. Instead of NFC, Apple worked on alternatives using Wi-Fi and Bluetooth. During the introduction of iOS 7′s AirDrop at WWDC, in June, 2013, Apple’s mobile development chief Craig Federighi said, “There’s no need to wander around the room, bumping your phone,” referring how NFC phones need to be very close to transfer the data.
BLE is the answer to internet of things
To make the internet of things a reality, a sensor’s form factor is very crucial. Size, affordability and internet connectivity are the key factors in a sensor. The possibilities are endless if you could control all sensors these remotely; switching on the AC on the way back home, controlling the refrigerator temperature based on the weather, controlling the room lighting from your smart phone, and so on. Estimote is also working on reducing the size of its beacons so that that they will be more affordable.
Apple has found a smart way to wirelessly transmit data over short distances using BLE. So why do you need to bump your phone with another? Why do you need NFC if you could share the data with anyone in the region with the existing bluetooth technology?
BLE can solve these microlocation data challenges in ways that NFC can’t duplicate.
By Raytac Corporation at November 14, 2013 No comments:

By Raytac Corporation at November 14, 2013 No comments: